ExxonMobil has initiated the process for engineering, procurement and construction contracts as part of its plans to expand 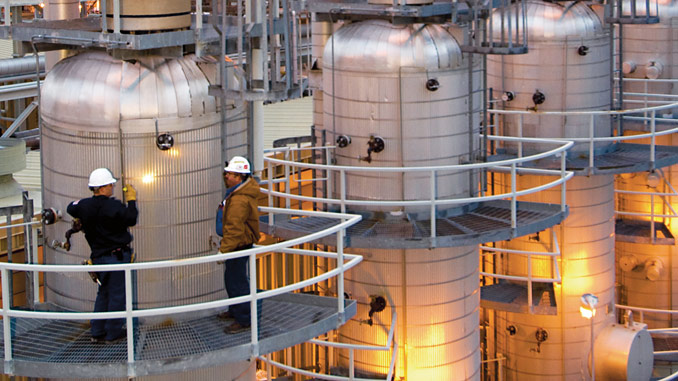 “The expansion of our carbon capture and storage operations at LaBarge underscores our commitment to advancing CCS projects around the world,” said Joe Blommaert, president of ExxonMobil Low Carbon Solutions. “This technology is critical to help meet society’s lower-emissions goals, and with the right policies in place, is immediately deployable. ExxonMobil has long supported policies that provide a predictable price on carbon emissions, which enable new or expanded carbon capture and storage investments.”

The LaBarge expansion project is in the design and permitting phase and a request for bids for engineering, procurement and construction contracts has been issued to third parties. A final investment decision is expected in 2022 and will be based on several factors, including regulatory approvals. Operations could start as early as 2025.

The proposed $400 million investment is the latest in multiple expansions of carbon capture at LaBarge. The location currently represents nearly 20% of all CO2 captured in the world each year. The expansion will further mitigate emissions by capturing up to an additional 1 million metric tons of CO2 each year.

ExxonMobil Low Carbon Solutions is evaluating several other large-scale carbon capture and storage projects in the US Gulf Coast, Europe and Asia. The company has an equity share in approximately one-fifth of global CO2 capture capacity and has captured approximately 40% of all the captured anthropogenic CO2 in the world.

In addition to producing natural gas, LaBarge is one of the world’s largest sources of helium and produces approximately 20% of global supply. Helium is a critical component in many fields, including scientific research, magnetic resonance imaging, high-tech manufacturing (semi-conductors), space exploration, and national defense.

ExxonMobil continues to advocate for an explicit price on carbon to incentivize further public and private investments such as the LaBarge expansion, in the highest emitting sectors vital to society’s growing needs.

ExxonMobil established its Low Carbon Solutions business to commercialize low-emission technologies. It is initially focusing its carbon capture and storage efforts on point source emissions, the process of capturing CO2 from industrial activity that would otherwise be released into the atmosphere, and injecting it into deep underground geologic formations for safe, secure and permanent storage. The business is also evaluating strategic investments in biofuels and hydrogen to bring those lower-emissions energy technologies to scale for the highest emitting sectors of the global economy.

The International Energy Agency projects CCS could mitigate up to 15% of global emissions by 2040, and the U.N. Intergovernmental Panel on Climate Change estimates global decarbonization efforts could be twice as costly without wide-scale deployment of carbon capture and storage.