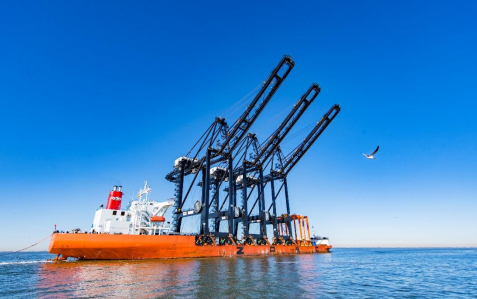 “This is the biggest February Port Houston has ever seen in terms of containers. In response to this strong growth, we are accelerating projects at our container terminals, like opening additional gates at our Barbours Cut Container Terminal,” Port Houston Executive Director Roger Guenther said. “The arrival of three new neo-panamax ship-to-shore cranes at our Bayport Container Terminal in February will allow us to work larger ships than ever before, which is another way we are well poised for the future of container shipping,” Guenther said. “Those new cranes are expected to be fully operational by mid-April of this year.”

Other measures are being considered to reduce long dwell on containers, which adds pressure on space at the terminals as they move the record number of boxes. Guenther called for collaboration to increase efficiency.

“We are asking importers to expedite the pickup of containers and for exporters to work closely with their carriers to improve schedules and delivery to maintain a fluid environment,” Guenther said. “We are doing what we can to expedite movements as well. Starting in March we are waiving dockage for ships waiting at anchor that have a berth and are just waiting for gang assignments. This will accelerate the working of vessels to push cargo through the system quicker.”

Steel moving through Port Houston’s multi-purpose facilities cargo is also steadily increasing. Steel imports are up 167 percent this month compared to February of last year, a positive sign for the energy sector.