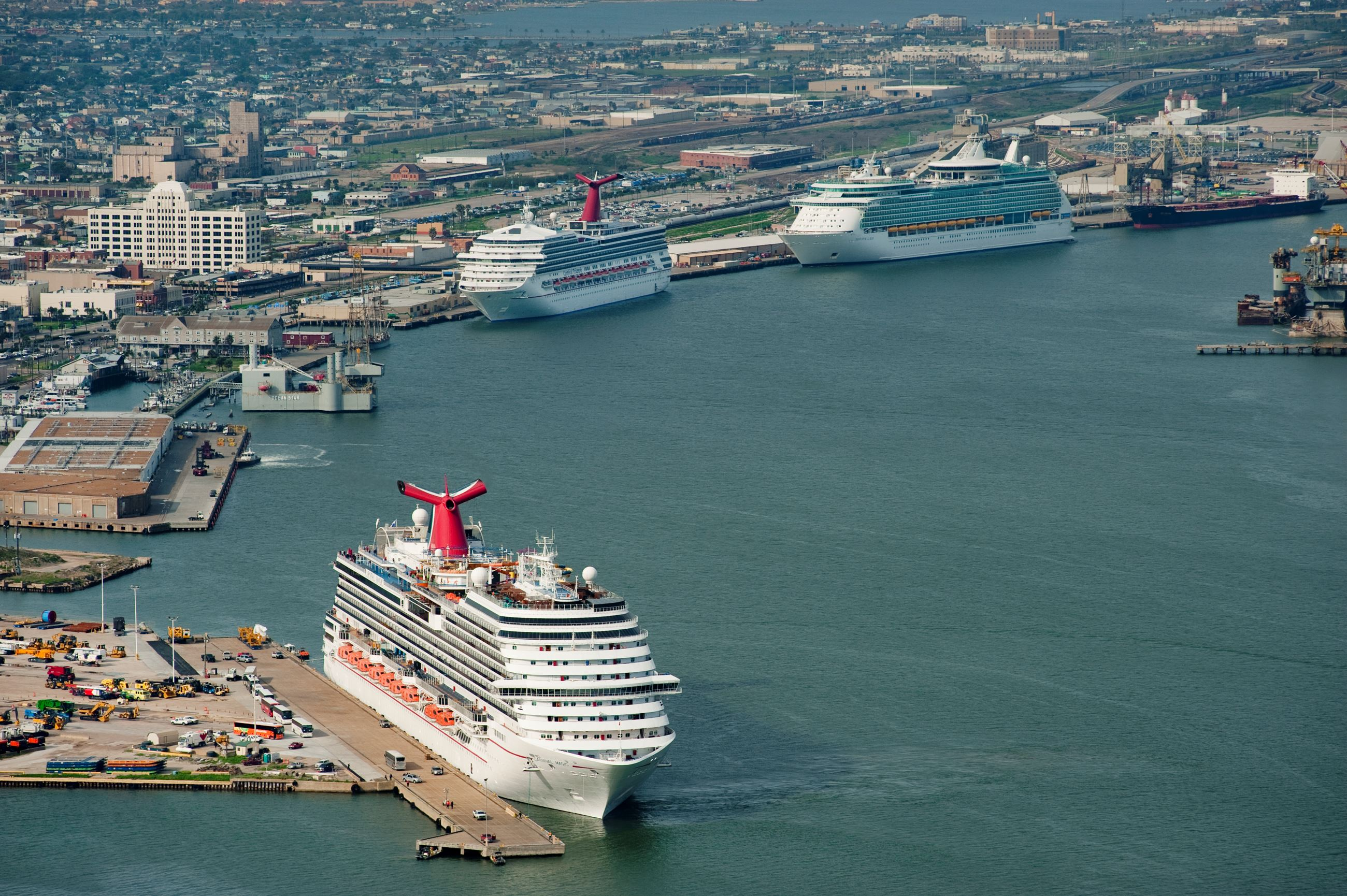 The Galveston Wharves, together with Carnival Corporation, CenterPoint Energy, Royal Caribbean Group, Shell Trading (US) Company (“Shell”) and Texas A&M University at Galveston, will work toward potential solutions to develop environmentally beneficial shore power at the Port of Galveston through a non-binding memorandum of understanding.

The agreement outlines the parties’ intention to develop a project timeline and specifications, as well as cost estimates and proposed agreements, for a system to deliver shore power to vessels docked at the port. Shore power allows vessels to plug into an onshore electrical source for onboard power instead of using auxiliary diesel-powered engines, which produce emissions.

“This project working group is our dream team. It’s a winning combination with energy infrastructure expertise from Shell and CenterPoint Energy, the experience of major cruise lines Royal Caribbean and Carnival, and the educational and research resources of Texas A&M-Galveston.”

Royal Caribbean Group is outfitting its new Galveston cruise terminal for when shore power becomes available for the Oasis-Class Allure of the Seas. The ship will homeport at the new cruise terminal opening Nov. 9.

“We are in lock-step with Galveston Wharves’ vision for sustainable cruising,” said Jason Liberty, president and CEO of Royal Caribbean Group. “Our Galveston cruise terminal is built with sustainability top-of-mind and will operate using 100-percent renewable, onsite energy. This step toward shore power at the Port of Galveston extends our efforts and our collective goal of a clean energy future.”

Carnival Cruise Line, another major cruise line that calls Galveston home, also has pledged that any of its ships regularly assigned to homeport at Galveston will be capable of connecting to shore power once it is made available.

The new Carnival Jubilee, scheduled to homeport in Galveston in 2023, will be equipped with shore power capabilities. The ship will run on clean-burning liquified natural gas ("LNG"), making it the first cruise ship homeporting at Galveston to have this energy technology.

Christine Duffy, president, Carnival Cruise Line, said, "As we prepare to bring the magnificent Carnival Jubilee to Galveston next year, we could not think of a better time to work with the Galveston Wharves and our other partners to bring shore power closer to reality. We are fully committed to a successful shore power program, as it is in line with our top priorities of compliance and environmental protection, as well as the health, safety and well-being of our guests, employees and the people in the communities we touch and serve.”

Glenn Wright, senior vice president of Renewables & Energy Solutions, Shell Energy, said, “The world is working toward a more sustainable energy future in many areas, and Shell is proud to be a leader in delivering integrated decarbonization solutions to help achieve those objectives. Integrating shore power into port infrastructure is a perfect example of this, and we’re excited to work with such a diverse and dedicated group to support the Galveston Wharves as it builds upon its existing sustainability program.”

Rees said that the port has seen growing interest in powering docked ships with shore-side electricity. The Galveston Campus of Texas A&M University is conducting a study of shore power for cargo ships to help determine possibilities for the port to provide that service.

“Driving discovery is key to supporting the blue economy for the Gulf Coast region and beyond,” said Col. Michael E. Fossum, vice president of Texas A&M, chief operating officer of the Galveston Campus and superintendent for the Texas A&M Maritime Academy. “Partnering with the Port of Galveston, which is our campus’ backyard and an employer of our graduates, aligns perfectly with our mission to educate, innovate and create real industry solutions to advance our economy.”

As a top-50 U.S. cargo port and fourth most popular cruise port in the U.S., the Port of Galveston had almost 1,000 ship calls in 2021. Through Green Marine, a voluntary environmental program for North America’s maritime industry, the port is researching and implementing new programs like shore power for lasting environmental benefits.