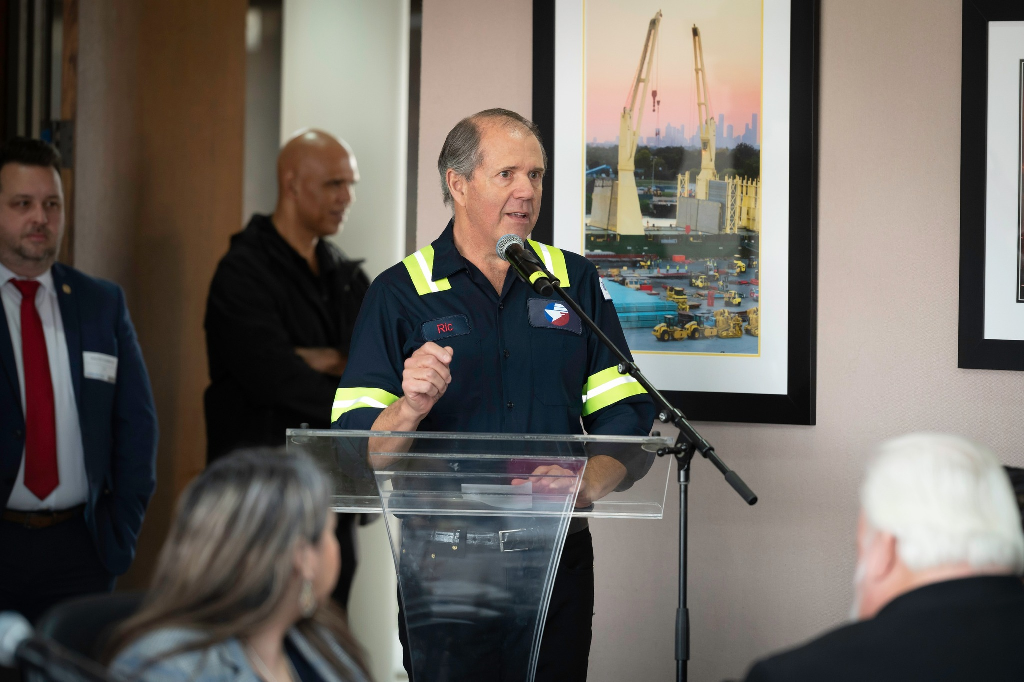 Harris County Commissioners Court and the Houston City Council met in a joint session Monday and unanimously reappointed Houston businessman Ric Campo to serve as Chairman of the Port Commission of the Port of Houston Authority of Harris County, Texas. He was first appointed to the position in January 2019.

Among the notable achievements during Ric Campo’s tenure has been his leadership of Port Houston’s work to widen and deepen the Houston Ship Channel, the $1 billion expansion infrastructure program known as Project 11.

Following the reappointment, Houston Mayor Sylvester Turner offered these remarks: “As the nation’s largest port for waterborne tonnage, the Houston Ship Channel is critically important for our economy as it moves goods in and out of the region. Ric Campo has been an outstanding Port Houston Chairman for the past several years. Tonnage is up, revenue is up, and the channels are being widened and deepened. I am confident he will continue to guide the strategic development of the Houston Ship Channel in a way that continues to benefit the entire Houston region.”

“I want to thank Mayor Turner, Judge Hidalgo, Harris County Commissioners, and Houston City Council Members for their vote of confidence today in our entire Port Houston Team,” said Chairman Campo. “Port Houston continues to be a major generator of jobs in our region. We are excited about opportunities in 2023 and beyond, continuing work on the $1 billion investment in deepening and widening the Houston Ship Channel, and our $1.1 billion in landside investments expanding and improving our facilities.”

Campo further added, “We will continue our commitment to excellence in environmental stewardship, community improvement, and workforce and supplier diversity.” Mr. Campo is Chairman of the Board and Chief Executive Officer of Camden Property Trust and has served in that capacity since May 1993.

During the meeting, the governing bodies also appointed Houston lawyer Captain Reginald McKamie to continue to serve as Chairman of the Board of Pilot Commissioners for Harris County Ports.

“I thank Mayor Turner and City Council members, and Judge Hidalgo and County Commissioner members for the opportunity to serve the people of Harris County for another term as Chair of the Pilot Board. I look forward to the challenges and opportunities the Project 11 expansion of the waterway will bring. I look forward to our board working together with the Houston Pilot Association to lay the foundation now, so that we will be prepared and ready to continue safe and efficient ship transits with the projected growth the Project 11 expansion will bring.”

Houston Mayor Sylvester Turner and Harris County Commissioner Rodney Ellis, in the absence of Harris County Judge Lina Hidalgo, presided over the joint session. Judge Hidalgo is currently out of town on a personal leave of absence. The joint meeting of the two governing bodies to appoint the chairs of the Port Commission and the Pilot Board is their only regular occurrence together.