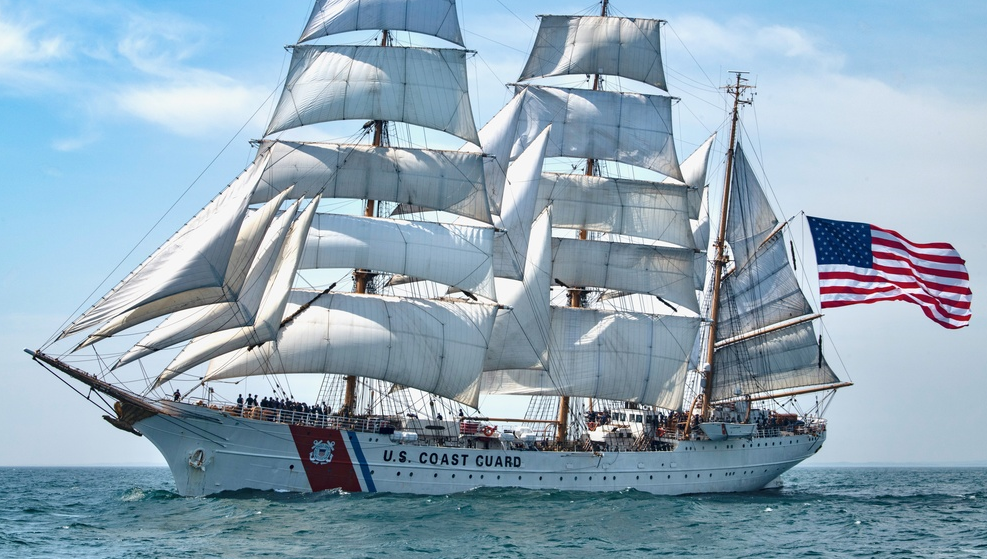 After leading a Parade of Sail comprising Coast Guard and port partner vessels, Eagle will moor at Pier 21 in Galveston June 10-13 and will be open for free public tours on the following dates and times:

At 295 feet in length, Eagle is the largest tall ship flying the stars and stripes and the only active square-rigger in United States government service. Eagle has served as a classroom at sea to future Coast Guard officers since 1946, offering an at-sea leadership and professional development experience as part of the U.S. Coast Guard Academy curriculum. This summer, Coast Guard Academy Cadets completed a transatlantic voyage and experienced port calls in Azores, Iceland, and Bermuda.

Eagle is a three-masted barque with more than 22,300 square feet of sail and 6 miles of rigging. The cutter was constructed in 1936 by the Blohm and Voss Shipyard in Hamburg, Germany. Originally commissioned as the Horst Wessel by the German navy, Eagle was a war reparation for the United States following World War II.

For more information about Eagle, including port cities, tour schedules, and current events, follow the "United States Coast Guard Barque EAGLE" Facebook page or on Instagram @barqueeagle. All U.S. Coast Guard imagery is in the public domain and is encouraged to be shared widely.