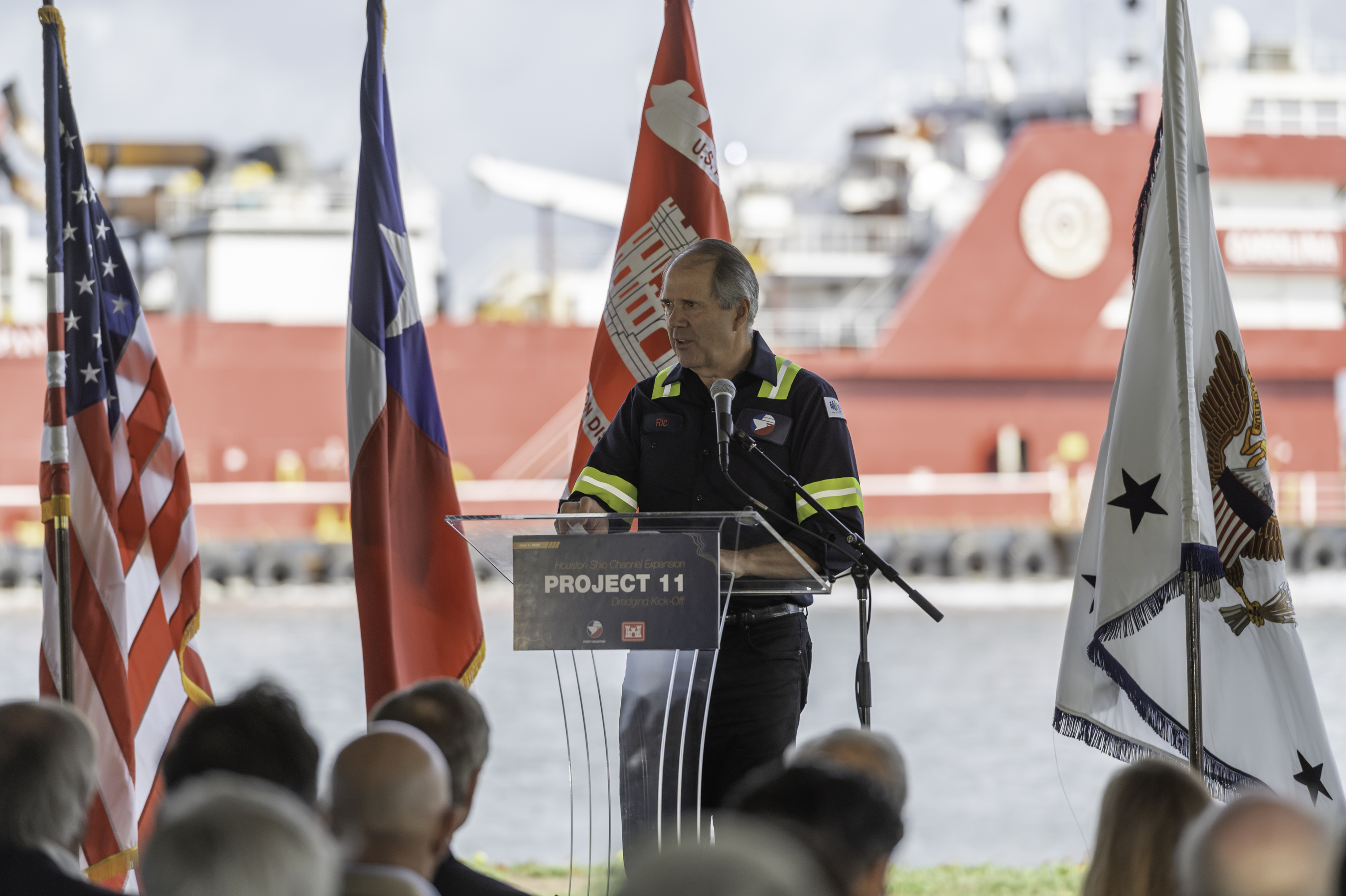 Port Houston, in partnership with the U.S. Army Corps of Engineers (“USACE”), held an event last Wednesday officially kicking off the $1 billion expansion of the Houston Ship Channel. Described as a “generation-defining project,” these improvements to the nation’s busiest waterway – more safely and efficiently welcoming import and export container ships and other vessels – will deliver jobs and growth to the Houston region, state, and nation.

More than 200 people, including elected officials and representatives from multiple sectors in the maritime industry, attended the historic event. Bipartisanship and collaboration were on full display at the event, with the Port Commission, and Congressional, State, and Local delegations, leading the way.

“All of our partners here view what some would call problems or challenges as opportunities,” Port Houston Chairman Ric Campo said to the audience, but “opportunities to drive our industry forward and reimagine how we tackle these ‘challenges’ in new innovative ways, generating greater results for all.” The unprecedented challenges in the global supply chain over the past two years have highlighted the critical importance of ports and the maritime industry, and the cargo moving through the channel touches every Congressional District in the nation.

Assistant Secretary of the Army (Civil Works Projects) Michael Connor addressed the group, “Army Civil Works is proud to partner with the Port of Houston to invest funding from the Bipartisan Infrastructure Law to advance the expansion of the Houston Ship Channel,” he said. “This project is important on many levels, including improving the efficiency of our nation’s supply chains, promoting navigational safety, and creating environmental benefits through the innovative use of dredged material.”

According to USACE Southwestern District Commander Col. Kenneth N. Reed, it is also an important project for the Galveston District and the District’s higher headquarters. “As the federal agency that maintains and constructs much of the nation’s public infrastructure, the Army Corps of Engineers continues to work with Port Houston on one of the most impactful infrastructure projects nationwide,” he said.

Known locally as Project 11 because it is the eleventh major construction project of the waterway in its more than 100-year history, the work of widening and deepening the Houston Ship Channel will have tremendous positive economic, safety, and environmental benefit for the nation.

“The sooner we complete and utilize the project that delivers an increased $134 million annual economic impact, the better,” Chairman Campo stressed. “And ultimately what this means is more jobs.”

The project is on schedule for completion in 2025.

“This project will enable Port Houston to continue to grow and respond effectively to whatever the future demand in the supply chain has to offer,” said Port Houston Executive Director Roger Guenther in his remarks. “A safe and efficient channel is the best way we can position Houston to provide a prosperous opportunity for the next generation.”

On display at the event were some of the many vessels keeping the channel safe and efficient, including Great Lakes Dredge and Dock Company’s eco-friendly dredge Carolina, which soon joins the channel work.

More details on the Houston Ship Channel Expansion Program can be found here.