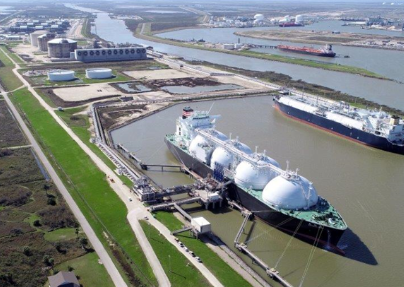 Freeport LNG Development, L.P. ("Freeport LNG") has completed a detailed assessment of alternatives for resuming operations at its liquefaction facility following the June 8th incident and has identified a recovery plan for reinstatement of partial operations that it believes ensures the long-term safety and integrity of the facility, provides recovery execution certainty, and minimizes procurement and performance testing risks. Although typical construction risks could impact the recovery plan, it is anticipated that initial production can commence in early to mid-November, and ramp up to a sustained level of at least 2 BCF per day by the end of November, representing over 85% of the export capacity of the facility. The recovery plan will utilize Freeport LNG's second LNG loading dock as a lay berth until loading capabilities at the second dock are reinstated in March 2023, at which time we anticipate being capable of operating at 100% of our capacity.

Freeport LNG continues to coordinate closely with representatives of the Pipeline Hazardous Materials Safety Administration, the Federal Energy Regulatory Commission, the U.S. Coast Guard and other applicable regulatory agencies to implement its recovery plan and corrective measures to ensure a safe and confident resumption of operations.

Freeport LNG is an LNG export company headquartered in Houston, Texas. The company's three train, 15 MTPA liquefaction facility is the seventh largest in the world and second largest in the U.S. Freeport LNG was formed in 2002 to develop, own and operate an LNG terminal on Quintana Island, near Freeport, Texas. The terminal started LNG import operations in June 2008 and began LNG export operations in 2019.