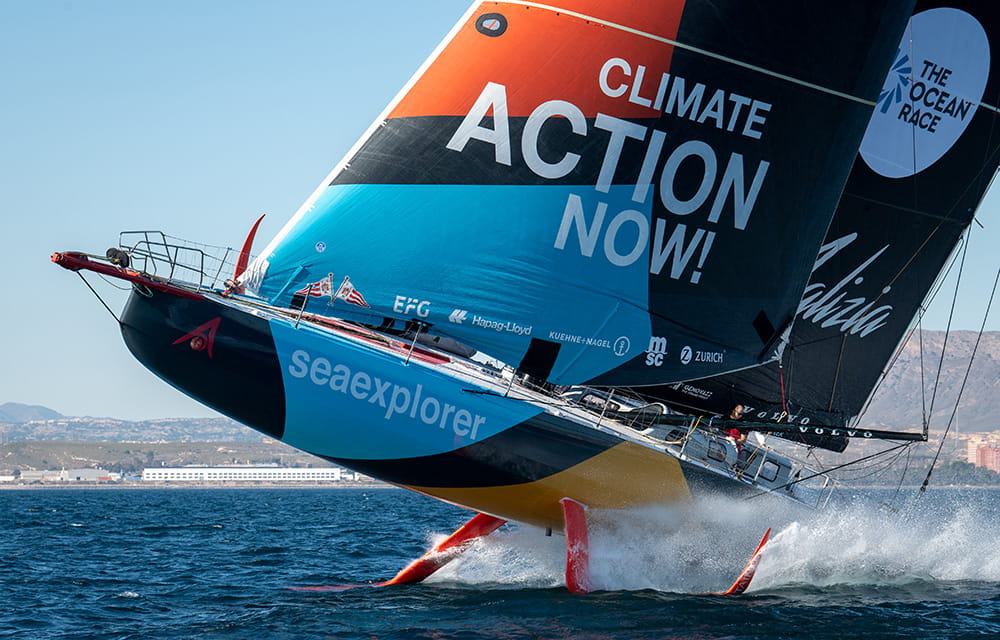 A six-month-long sailing race started on Jan. 15 from Alicante, Spain, for a journey around the globe. Skippered by Boris Herrmann, and supported by MSC, Team Malizia’s Seaexplorer will embark in search of a second set of ocean CO2 data from the most remote regions of the ocean. Photo courtesy of MSC.

MSC Mediterranean Shipping Company (“MSC”) is continuing their support of veteran skipper Boris Herrmann and Team Malizia in the round-the-world sailing race that seeks to promote ocean science, protection, and education around the world.

Fresh off a victory in the “in-port” race in Alicante, Team Malizia carries the coolers of MSC, one of six Official Founding Partners, as it starts the first leg of this astonishing feat of endurance. MSC collaborates with the team to support the United Nations Sustainable Development Goals (“SDGs”), as well as Team Malizia’s drive to increase ambition around climate action (“SDG 13”) as one of the most pressing challenges of our time.

Over the next six months Team Malizia will circumnavigate the globe, visit nine iconic cities and ports, sail through the Doldrums, on the edge of Antarctica, and in the heart of tropical storms. Carrying the message "A Race We Must Win", the team's mission is to promote ocean science, protection and education around the world whilst inspiring the next generation of ocean scientists. Its educational program “My Ocean Challenge“ is used in classrooms all over the world to teach children about the beauty of the oceans and the dangers they face through climate change.

For a second year in a row, Team Malizia will be looking to replicate the success of its innovative onboard mini-laboratory designed to capture ocean science datasets. The data captured will allow scientists to further advance their understanding into the impacts of climate change on the ocean, and how the ocean is moderating climate change. Until Team Malizia’s first attempt at ocean data collection in 2021, there was almost no data from the remote region of the Southern Ocean. After Boris Herrmann’s lap around the world, the scientific community now has a picture of the Southern Ocean for the first time.

The first leg of the race began on January 15 in Alicante, Spain, and will take the teams to the Cape Verde Islands, where no major international regatta has ever stopped before. The crews will then head to Cape Town before tackling the longest leg in the history of the race, between South Africa and Brazil: a 12,750 nautical mile, one-month marathon to Itajaí.

The race will then resume north, through the doldrums, across the equator and up to Newport, Rhode Island, on the east coast of the United States. From there, the race returns to Europe, with a transatlantic leg to Aarhus, Denmark, followed by a “Fly-By” of Kiel, Germany en route to a stop in The Hague, Netherlands. Then, it’s the final offshore leg - the Grand Finale - to Genoa, Italy.