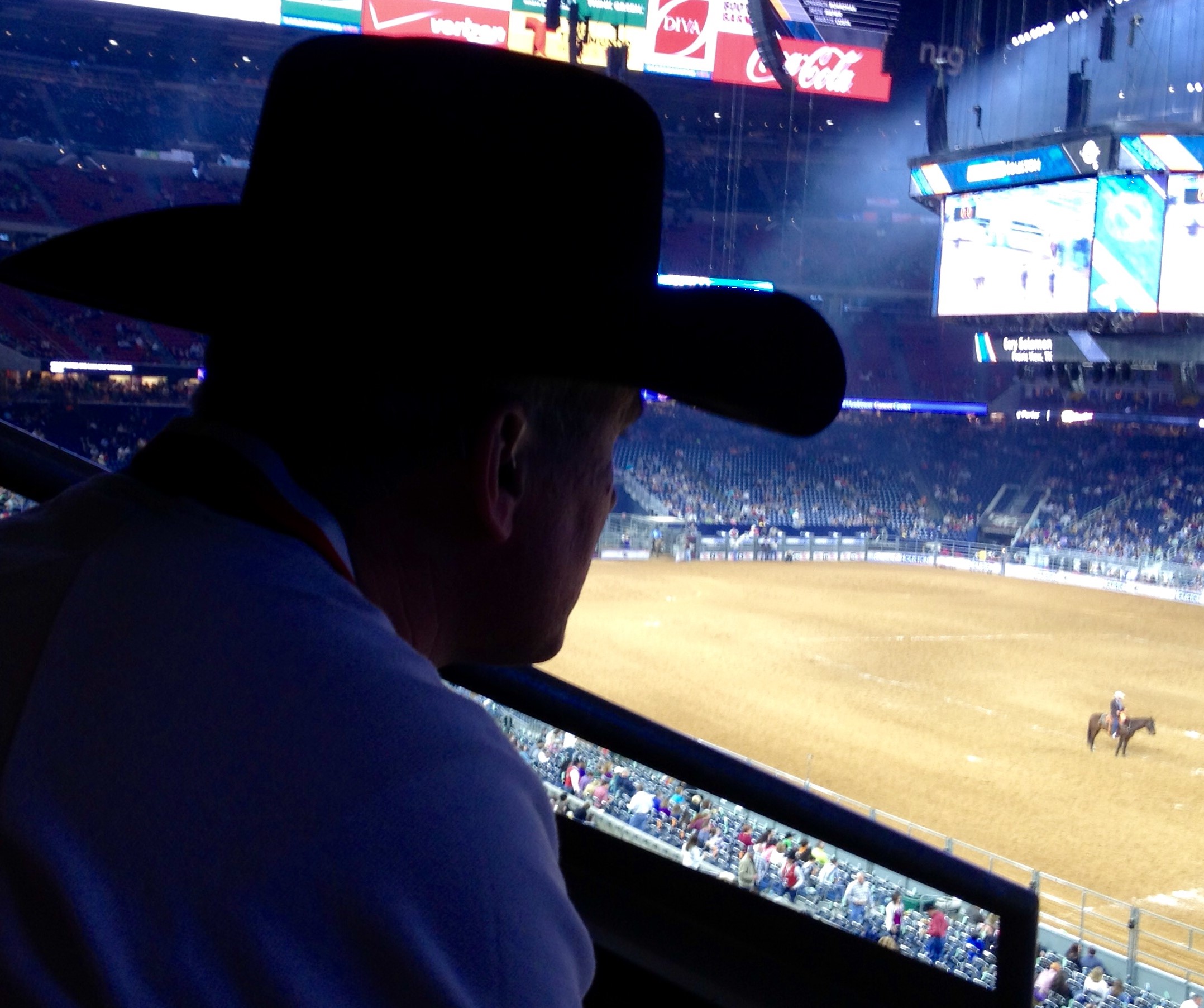 When I learned I was to be transferred from Panama to Houston in 2006, I shared the news with my boss, Alberto Aleman, the CEO of the Panama Canal. I expected him to talk about the port of Houston or the ports of Texas and the connection to the Canal, but his excitement focused on the Houston Livestock Show and Rodeo. He knew and loved the Rodeo, and told me all about the Livestock Show, bull riding, calf scramble, and, of course, the concerts. (He forgot to mention the fried everything.) He filled the entire meeting with Rodeo details; the Canal was not mentioned. With some surprise, I later shared with Annette – the Rodeo must be a big deal in Houston!

After the move, I, too, soon came to appreciate how special the Rodeo is to the community, and  I am glad to welcome it back after its two-year break. Though its key mission is to promote agriculture, it brings the community together in uniquely fun ways to produce an event that benefits Houston and helps young people. According to the Houston Livestock Show & Rodeo website, more than $550 million have been committed to young people in Texas since its inception in 1932.

The Rodeo’s deep and historic ties to the community are built on thousands of volunteers, donors, and attendees - everyone is involved or knows someone who is. They are on a committee or participate in the trail ride or march in the parade. From the barbeque cook-off to students raising livestock, its influence is everywhere. The enthusiasm and stories are endless.

Natives or long-time residents are always happy to tell me who’ve they’ve seen over the years, and each has a favorite. If they have been here long enough, it might be someone like Elvis (his appearance out of the tunnel in the Astrodome in the back of a Cadillac convertible sent the star-struck crowd over the top) or Glen Campbell (people went wild over his performance of his 1969 hit Galveston).

The Rodeo shares some of the same milestone moments led by some of the same business innovators as the port of Houston. When the Houston Chamber of Commerce wanted to build an exhibition hall (the Sam Houston Coliseum – home to the Rodeo from 1938 to 1966) to promote its emerging status as the big hub for oil and cattle, leaders asked none other than Jesse Jones, who led the funding push for the Houston Ship Channel, to help see that funding plans did not get lost in bureaucratic shuffle in Washington D.C. It was, after all, smack in the middle of the Great Depression.

At the 1935 Chamber banquet, the excited Chamber president, Gus Wortham, read a telegram from Jesse Jones to its 1500 hundred attendees that federal funding had been approved for an exhibition hall “without equal”, at no cost to the taxpayer. It was a fine moment for a group that had such a big vision for the town that built the port that built the city. Gus Wortham was known as a leader that mobilized Houstonians to work for the “general welfare of the city”.

The Rodeo is also a remarkable planning and logistics achievement. Think of what it takes to move livestock, equipment, food, people, and a genuine trail ride INTO NRG Stadium inside the country’s fourth largest city! It is a spectacular accomplishment that is the result of unparalleled cooperation and community involvement. In some ways, it mirrors having the country’s number one port in a city that is 50 miles inland.

The Rodeo has a more direct connection to the port – commerce. Along with being the Energy Capital, the port of Houston is the fourth-largest exporting port for cereal grains and cotton in the U.S. The Rodeo’s mission benefits the farmers and ranchers whose agriculture products make it to our port for export.

Other cities play host to pretty impressive events. They do great things, but it’s usually a one-off, like the Super Bowl or maybe the World’s Fair. With the exception of imposed pandemic limitations – and even then supporters rallied to help the hard-working students show their livestock – Houston has completed the demanding logistics every year for 90 years.  It's a tribute to its visionary founders and the people that can be counted on generation after generation for involvement, volunteerism, and support for a project that benefits so many – the same spirit that is found so broadly in the maritime community.

I once looked forward to the circus coming once a year to my hometown. As a kid, I didn’t imagine the logistics required to move a circus nor could I have imagined a Rodeo experience like Houston’s. Sport, carnival, music, contests, and a once-a-year craving for fried everything on a stick! Go Texan Day just can’t come fast enough.

Port of Corpus Christi Enters into Agreement for Carbon Capture and Sequestration OpportunitiesMarch 1, 2022 Second to NoneFebruary 22, 2022