2022 Maritime Leader of the Year

The Bayou City Event Center was the celebration hub for more than 700 guests from Houston’s ocean-going industry gathered to recognize Ric Campo, chairman of the Port Commission of the Port of Houston Authority (“Port Houston”). Campo was honored by the Greater Houston Port Bureau (“Port Bureau”) for his steadfast commitment to improving the greater Houston port region at our 93rd Annual Maritime Dinner on August 20.

"As chairman of the Port Commission of the Port of Houston Authority, Ric has earned the respect of the industry and the community with his tenacious approach to solving problems and creating value to a very diverse group of stakeholders," said CAPT Bill Diehl, president of the Port Bureau.

The evening kicked off with a cocktail reception, with guests enjoying a Silent Auction and music performed by Mercury Chamber Orchestra. Many attendees shared pictures from the photo booth to the event’s “social wall”, adding to the celebratory atmosphere of the Annual Dinner. Frances Castañeda Dyess, president of the East End Chamber Commerce, won the raffle sponsored by the Houston Pilots – a trip for two to Hawaii!

Guests sat down to a delicious dinner featuring a dual entrée of grilled filet mignon and sauteed shrimp, followed by the highlight of the evening: honoring Chairman Campo. Every seat proved a good seat for enjoying the full program of speakers on the events two 20-foot screens while each speaker made their special presentations center stage. 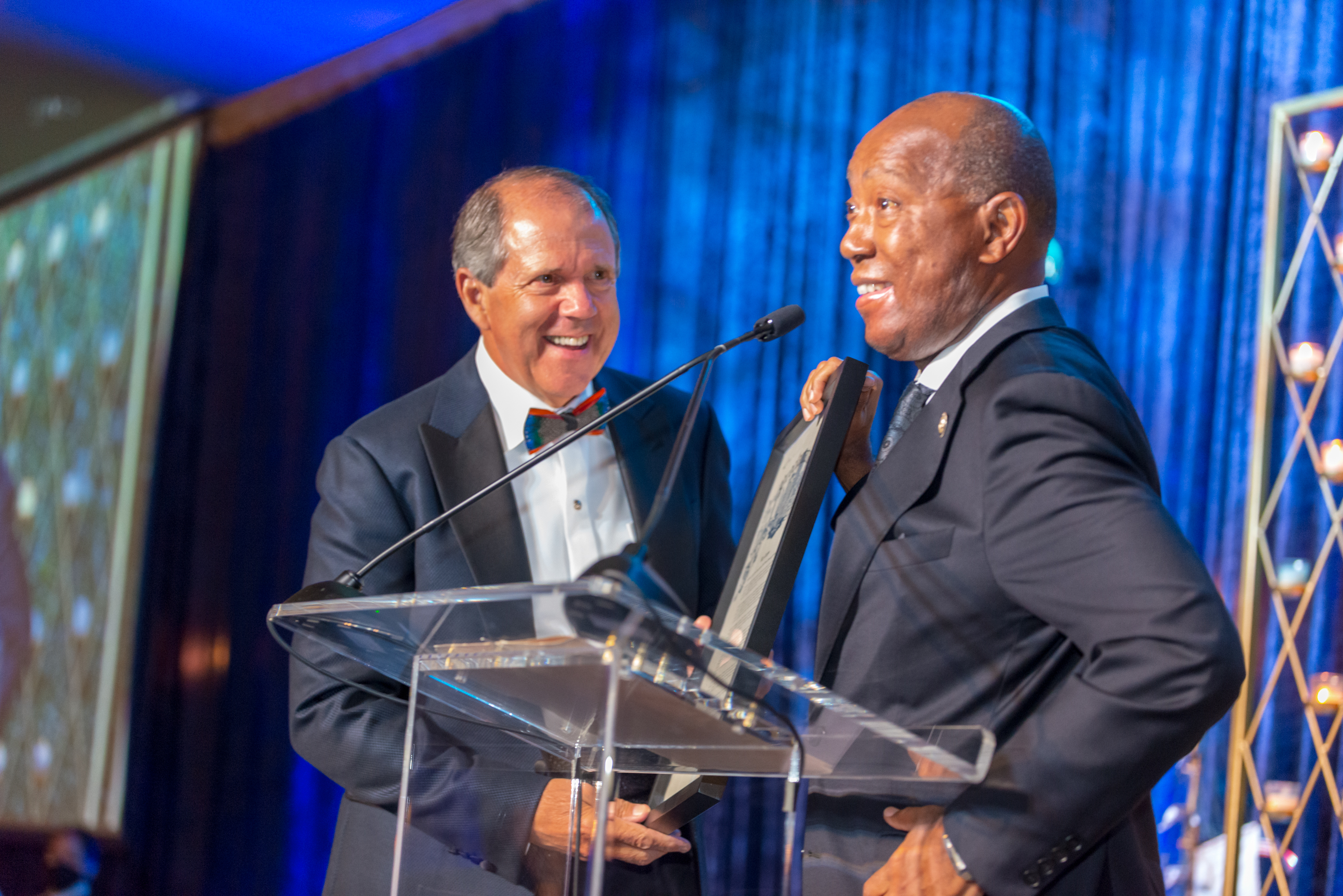 August 20, 2022 was officially designated as “Ric Campo Day” by a proclamation from City of Houston Mayor Sylvester Turner and a resolution from Commissioner Adrian Garcia, Harris County Precinct 2. Governor Greg Abbott paid tribute to Campo’s leadership in the port community via a recognition video on behalf of the State of Texas.

Keith Oden, executive vice chairman of the board and president of Camden Property Trust, served as keynote speaker, sharing from his decades of friendship and experiences with Campo at their company. He described Campo as a “trusted business partner and an even better friend”.

A specially prepared video by Port Houston highlighted Campo’s work with Port Houston and the larger port industry since becoming chairman of the Port Commission in January of 2019. The video was followed by remarks from Campo as he expressed his appreciation for the tribute of the evening.

"I am honored and humbled by the recognition from the Greater Houston Port Bureau," said Campo. "This recognition is clearly a direct result of the great team of commissioners and staff at Port Houston doing great things for our community.”

Topping off the evening’s celebrations, Campo was presented with a replica of the U.S.S. Constitution by April Bailey, executive vice president of commercial banking for Amegy Bank and chair of the Port Bureau’s dinner committee. The presentation of the ship to each honoree has been a Port Bureau tradition for many years.

The Port Bureau is privileged to serve the port region and to honor leaders and companies offering outstanding commitment to Houston’s maritime community.