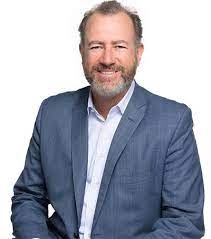 ExxonMobil has announced that Dan Ammann, former General Motors president and CEO of Cruise autonomous vehicle company, has been appointed president of ExxonMobil Low Carbon Solutions, effective May 1. Ammann replaces Joe Blommaert, who has elected to retire after 35 years of service.

“We welcome Dan to ExxonMobil and will use his knowledge and experience to continue to build our Low Carbon Solutions business,” said Darren Woods, chief executive officer and chairman. “I thank Joe for his contributions to the company’s success and the significant progress made in developing our lower-emissions business. I wish Joe all the best in retirement.”

Ammann was named CEO of Cruise, which is majority-owned by GM, in 2018, and was appointed president of GM in 2014. He was previously GM’s chief financial officer and joined GM as treasurer in 2010. He helped lead GM's initial public offering following the company’s 2009 restructuring.

Ammann began his career as an investment banker, starting at Credit Suisse First Boston in 1994 and moving to Morgan Stanley in 1999, where he was named a managing director in 2005. Ammann received a bachelor’s degree in management studies from the University of Waikato in New Zealand.

Blommaert, who has been president of Low Carbon Solutions since its creation in 2021, joined ExxonMobil Chemical in 1988 as a process engineer at the Rozenburg chemical plant in the Netherlands. Following assignments in the Netherlands, Belgium, and the United States, Blommaert was appointed regional director for Europe and Asia Pacific chemical operations in 2014 and became senior vice president of global operations for the Chemical business in 2019.

Blommaert has a master’s degree in chemical engineering from Delft University of Technology in the Netherlands.

Low Carbon Solutions is focused on commercializing low-emission business opportunities in carbon capture and storage, hydrogen and low-emission fuels, by leveraging the skills, knowledge and scale of ExxonMobil.