The July Short-Term Energy Outlook (“STEO”) from the U.S. Energy Information Administration (“EIA”) is subject to heightened uncertainty resulting from a variety of factors, including Russia’s full-scale invasion of Ukraine. The possibility of economic activity being less robust than assumed in the EIA forecast could result in lower-than-forecast energy consumption. Factors driving uncertainty about energy supply include how sanctions affect Russia’s oil production, the production decisions of OPEC+, and the rate at which U.S. oil and natural gas production rises. 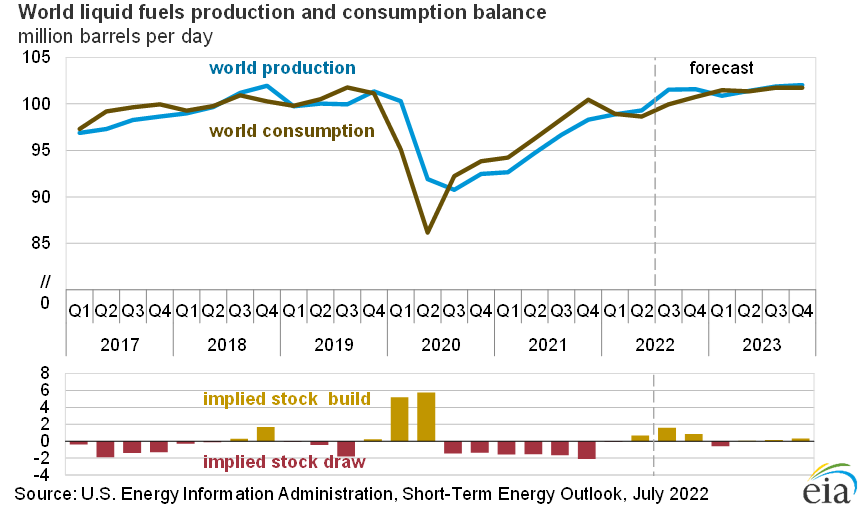 Global oil inventories in the forecast rise by 0.8 million barrels per day (“b/d”) in 2022 and remain unchanged in 2023. Inventory builds in 2022 reflect rising production of liquid fuels in the United States and OPEC, paired with slowing liquid fuels consumption growth. 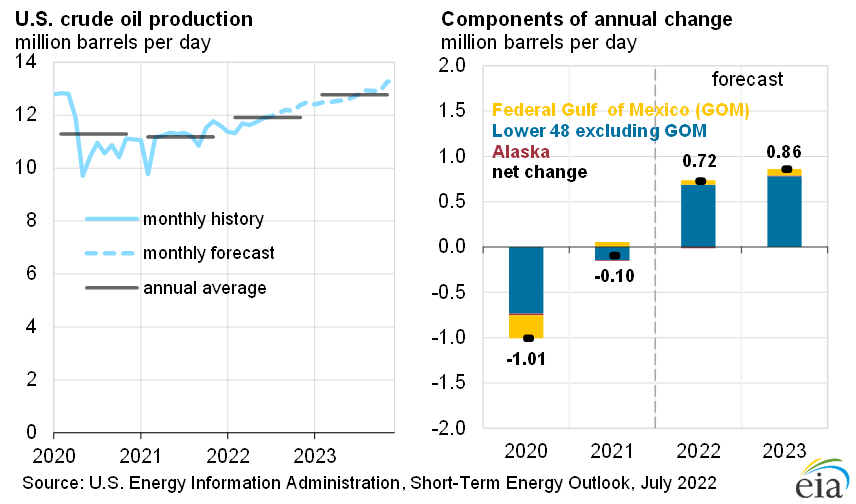 U.S. refineries average 94% utilization in the third quarter of 2022 (“3Q22”) in the EIA forecast, as a result of high wholesale product margins. Although EIA expects that refinery utilization will be at or near the highest levels in the past five years, operable U.S. refinery capacity has fallen by about 1 million b/d. As a result, EIA does not expect U.S. refinery output of products to reach its highest level in the past five years.

EIA estimates that U.S. liquefied natural gas (“LNG”) exports averaged 11.2 billion cubic feet per day (“Bcf/d”) in 1H22, compared with 9.5 Bcf/d in the same period in 2021. EIA expects LNG exports to average 10.9 Bcf/d in 2022 and 12.7 Bcf/d in 2023. EIA reduced their forecast for LNG exports in 2H22 as a result of the outage at the Freeport LNG export facility in Texas. The forecast assumes the facility will return to near full operations in January 2023. 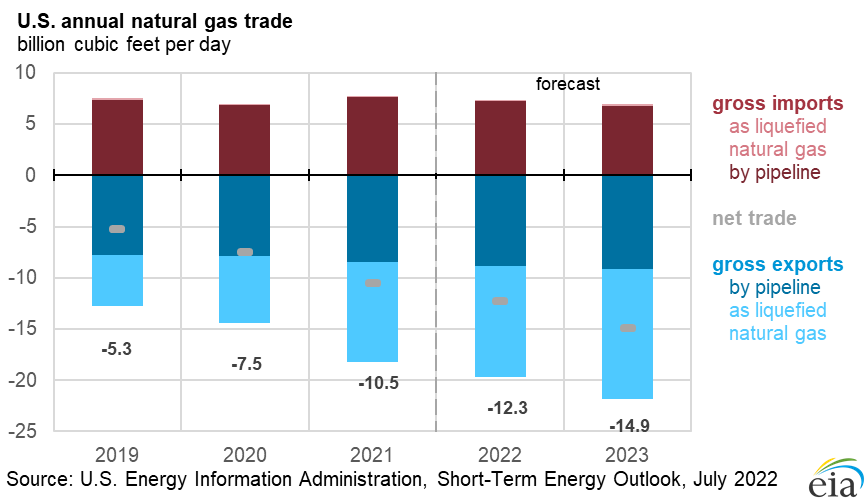 U.S. consumption of electricity increases in the forecast by 2.3% in 2022, largely because of rising economic activity. Growth in electricity consumption slows to 0.6% in 2023.

The largest increases in U.S. electricity generation in the forecast comes from renewable energy sources, mostly solar and wind. EIA expects renewable sources will provide 22% of U.S. generation in 2022 and 24% in 2023, up from a share of 20% in 2021.

EIA forecasts that the cost of natural gas to U.S. power generators will rise from $4.97/MMBtu in 2021 to $6.35/MMBtu in 2022. Despite the increase, EIA forecasts the share of natural gas in U.S. generation will average 37% in 2022, about the same as last year. The similar share of natural gas generation despite higher prices results partly from the forecast that electricity generation from coal will decline from 23% of the total in 2021 to 21% in 2022 and to 20% in 2023, which reflects the continued retirement of coal-fired generating capacity and other coal market constraints. 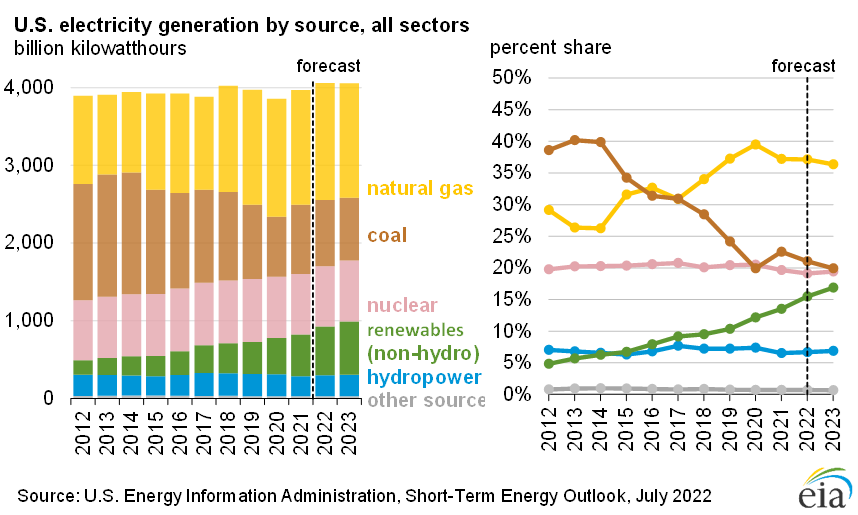 EIA forecasts the U.S. residential electricity price will average 14.4 cents per kilowatthour in 2022, up 5.3% from 2021. Higher retail electricity prices largely reflect an increase in wholesale power prices driven by rising natural gas prices. Annual average wholesale prices for 2022 range from an average of $50 per megawatthour (“MWh”) in the Southwest Power Pool market to $85/MWh in the ISO New England market.

EIA expects energy-related carbon dioxide (“CO2”) emissions in the United States to increase by 1.5% in 2022 and remain generally unchanged in 2023.