The port of Houston is home to the largest petrochemical complex in the U.S. and the largest container port in the Gulf of Mexico. Responsible for over $802 billion in national economic impact, it is the top ranked port in the U.S. by vessel traffic, foreign tonnage, and exports. Vigorous growth in vessel demand is projected in the coming years due to an increase in cargo shipping and booming worldwide demand for American hydrocarbons and petrochemical products.

“The authorization to widen and deepen the Houston Ship Channel is BIG for our region, the state of Texas, and our nation,” said Executive Director Roger Guenther in a press release from Port Houston. “It is BIG for economic prosperity and growth of industry that is served by the busiest waterway in the country.” 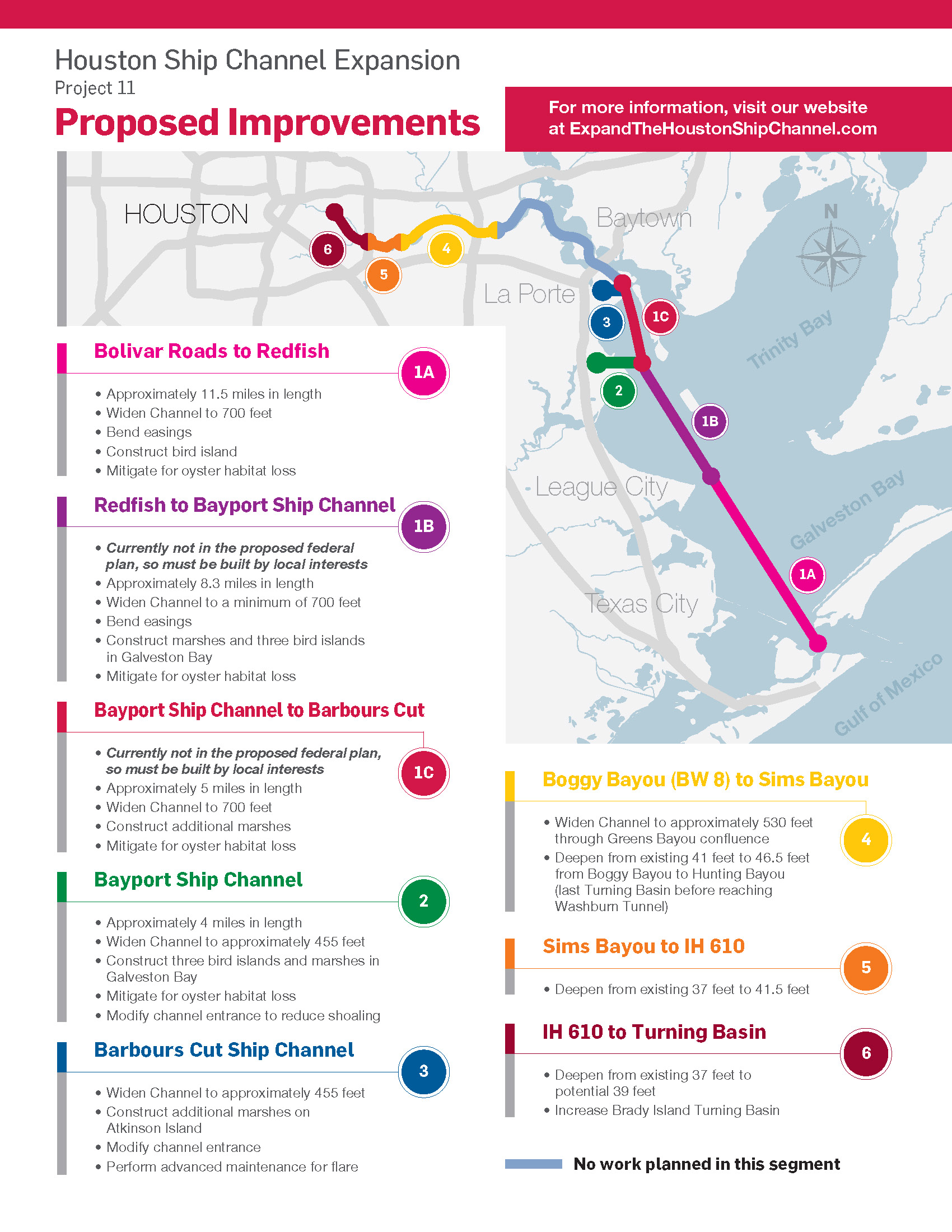 The Houston Ship Channel and the public and private terminals along it moved nearly 285 million tons of cargo in 2019. That was almost 47 million tons more than any other U.S. port and a 6% increase compared to the previous year. Economic projections show that expediting the Project 11 expansion will lead to an additional $30.4 billion in gross domestic product and over 252,000 jobs in the state of Texas alone by 2025. Furthermore, the growth in exports achieved by the oil and gas industry will improve the nation’s trade balance by $44.8 billion.

Project 11 will widen and deepen the channel for safer and more efficient navigation of vessels calling at the port. It also includes new environmental features to benefit channel users.

“Project 11 is expected to improve regional air quality by increasing the efficiency of vessel movements and reducing potential congestion along the Houston Ship Channel. New bird islands and oyster reefs will be created as part of the project,” Port Houston Chairman Ric Campo said in the Port Houston press release. “The bottom line is an expanded channel that will positively impact the flow of goods in and out of our region.”

Once WRDA is enacted, the next step in the project delivery process will be to secure a ‘New Start’ designation from the Administration and discretionary funding from the Corps of Engineers. “Over the next couple of months, our teams will be advocating to achieve this next benchmark,” Guenther explained.

Many stakeholders from the more than 270 private facilities along the channel have actively participated with Port Houston in driving the expansion project forward. Numerous Greater Houston Port Bureau members were involved in planning sessions, meetings with lawmakers and public officials, and attending budget meetings. The Port Bureau Board of Directors signed several letters of support for the project in 2020, including an “Assumption of Maintenance” letter to USACE and a “New Start Designation” letter to President Trump. In addition, the Board passed a passing a resolution in support of the project last June.

Under the traditional process of the federal government, the expansion project would take a decade or more to complete. However, Houston Ship Channel industry seeks to accelerate the timeline to achieve completion within two to five years by funding half the cost of the $1billion project. Plans to meet the financial goal are in development.

“Project 11 will transform the port’s future, bringing more growth, efficiency, and safety. It will take time to navigate all the challenges, but as the port community comes together, Project 11 will become a reality. The Port Bureau will continue to work hard to support the expansion project,” said Greater Houston Port Bureau Chairman Bernt Netland.